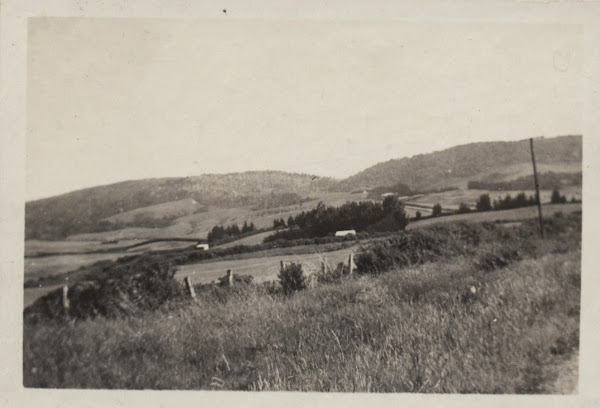 Born 1st Sept 1886 at High Mark, Wigtownshire, Scotland, Mary Robson Donnan was the only child of Martha Biggart (nee Hogarth) and William Donnan. Although her parents had married in Glasgow, William went out to Australia, before going on to New Zealand, where Martha and Mary joined him. The family eventually came to Ōtautau, moving there in 1897 when Mary was still a child, living at Woodside Farm, shown below: ‘Woodside’ Ōtautau NZ, 1919. From Ōtautau Museum “Miss Shaw” Collection #2007.2.3.54 (Photographer, Mary Donnan) PHOTO – IN PUBLIC DOMAIN From here, Mary attended Ōtautau School, and it was there she met with Ina Shaw; they grew up as best friends and went on to share a lot of their lives together, even moving together when their respective parents died. After leaving school, then going to Otago Girls High School, also doing teachers training at Dunedin Training College, Miss Donnan was the “infant class” school teacher at Ōtautau School from 1908 - for over 30 years!
Post a comment
Read more 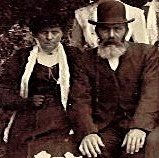 The Seatter family contributed to post railway life in Ō tautau Murihiku, in many ways. Robert Seatter (1852-1935), was born on Papa Westray, and emigrated to NZ in 1874, sailing on the maiden voyage of the clipper "Invercargill", landing at Port Chalmers on 15 October after a voyage of 91 days. Joining him on this voyage, was fellow Orkney resident William Rendall, who was to become Robert Seatter's brother in law. An assisted immigrant, Robert worked in the trade of carpentry and joinery, which he had learned back home in Kirkwall, along with a few years of fishing for the herring there, set out to undertake work along the way between Dunedin and Waikouaitai, where he finally settled for some years. On 10th Dec 1878, his wife to be Christena finally immigrated also, on the ship "Canterbury", sailing from Greenock on 12 September and their marriage took place on 26 December of that same year.                                      LEFT: Christena &
Post a comment
Read more

In Celebration of "International Midwives Day", Tuesday , 5 May 2020 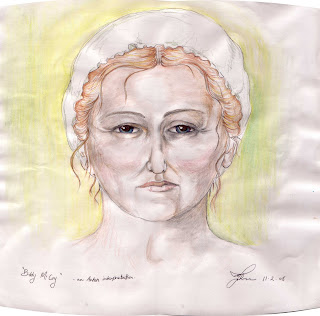 Brief history of some of Otautau & Districts earliest and most interesting midwives... 1. Biddy McCoy or McLoy (nee Clerkin) In 1847, Mary Anne (or Biddy) as she was known, was tried and convicted at 19 of stealing a goose, in Ireland; this was during the years of the great famine, where 2 million starved to death. She was then transported to Tasmania to serve a 7 year sentence. © Artists impression of Biddy McCoy/McLoy, from her criminal records description; used with permission from family After marrying John McLoy, also a convict and him going missing after arriving in NZ (presumed drowned), Biddy had to fend for herself in the strange new land she had adopted, and ended up becoming very well known as the keeper of the Gropers Bush Hotel (just south of Otautau), from about 1857. Biddy was well known to be an expert sportswoman, with both a knife and a gun. She seems a real character and this is probably what got her through the tough times. In 1870, after
Post a comment
Read more
More posts